What is Reiki? and how does it work?

Everything you need to know about reiki

Reiki is a form of alternative therapy commonly referred to as energy healing. It emerged in Japan in the late 1800's and is said to involve the transfer of universal energy from the practitioner's palms to their patient.

Energy healing has been used for centuries in various forms. Advocates say it works with the energy fields around the body.

Some controversy surrounds Reiki, because it is hard to prove its effectiveness through scientific means. However, many people who receive Reiki say it works, and its popularity is increasing. A Google search for the term currently returns no less than 68,900,000 results.

A 2007 survey shows that, in the United States (U.S.), 1.2 million adults tried Reiki or a similar therapy at least once in the previous year. Over 60 hospitals are believed to offer Reiki services to patients.

Here are some key points about Reiki. More detail is in the main article.

In Reiki, the practitioner transfers energy by placing their hands over or on the patient.

Energy healing targets the energy fields around the body.

According to practitioners, energy can stagnate in the body where there has been physical injury or possibly emotional pain. In time, these energy blocks can cause illness.

Energy medicine aims to help the flow of energy and remove blocks in a similar way to acupuncture or acupressure. Improving the flow of energy around the body, say practitioners, can enable relaxation, reduce pain, speed healing, and reduce other symptoms of illness.

Reiki has been around for thousands of years. Its current form was first developed in 1922 by a Japanese Buddhist called Mikao Usui, who reportedly taught 2,000 people the Reiki method during his lifetime. The practice spread to the U.S. through Hawaii in the 1940s, and then to Europe in the 1980s.

It is commonly referred to as palm healing or hands-on healing.

What happens in a Reiki session?

Reiki is best held in a peaceful setting, but it can be carried out anywhere. The patient will sit in a comfortable chair or lie on a table, fully clothed. There may or may not be music, depending on the patient's preference.

The practitioner places their hands lightly on or over specific areas of the head, limbs, and torso using different hand shapes, for between 2 and 5 minutes. The hands can be placed over 20 different areas of the body.

If there is a particular injury, such as a burn, the hands may be held just above the wound.

When the practitioner feels that the heat, or energy, in their hands has abated, they will remove their hands and may place them over a different area of the body.

The techniques involved have names such as:

Some Reiki practitioners will use crystals and chakra healing wands, because they find these can enable healing or protect a home from negative energy.

"Reiki relies on no other instruments beyond the practitioner. We do not use crystals, powders or wands as a general rule. However, one of the benefits of Reiki healing is distance healing (where Reiki is sent over several miles) then, many practitioners will use crystals to assist with the energy vibrations."

Sessions can last between 15 and 90 minutes. The number of sessions will vary, depending on what a client wishes to accomplish. Some clients prefer to have one session while others have a series of sessions to work on a particular issue.

According to practitioners, the healing effects are mediated by channeling the universal energy known as qi, pronounced "chi." In India, this is known as "prana." This is the same energy involved in tai chi exercise. It is the life force energy that some believe surrounds all of us.

This energy is said to permeate the body. Reiki experts point out that, while this energy is not measurable by modern scientific techniques, it can be felt by many who tune in to it.

Reiki is alleged to aid relaxation, assist in the body's natural healing processes, and develop emotional, mental, and spiritual well-being.

People who receive Reiki describe it as "intensely relaxing."

Conditions that Reiki has been used to help treat include:

According to the University of Minnesota, patients who have undergone a Reiki session may say:

Cancer patients who have Reiki say they feel better after. This may be because it helps them relax. Another reason, according to Cancer Research U.K. could be that the therapist spends time with them and touches them. This has a soothing effect on patients who may be overwhelmed by invasive therapy, fear, and stress.

Individuals report different experiences. Some say that the practitioner's hands become hot, others report cooling hands and some people feel pulsating waves. The most common reports are of a release of stress and deep relaxation. 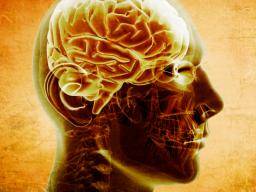 Meditation: how could it benefit your health?Studies have shown that mindfulness meditation may have a number of health benefitsREAD NOW

No prior training, education, or experience is needed to enter the Reiki training, or "attunement process." In this process, said to be a "powerful spiritual experience," the master is said to transfer the attunement energy and healing techniques into the student.

Reiki training varies, but most students learn about:

Preparation for attunement includes fasting for 2 to 3 days, meditation, focusing on nature, and releasing negative emotions.

There are three levels of mastery. Those who reach "Master" level can teach others and are reportedly able to heal from a distance, like a form of prayer.

Reiki's healing power: What is the evidence?

Reiki claims to enable relaxation, reduce pain, speed healing, and improve some symptoms, but few research findings support any specific health benefits. It has been criticized for claiming to heal diseases without scientific evidence. Some have described its claims as fraudulent.

Critics say that it flies in the face of our current understanding of the laws of nature. Advocates respond that the benefits of wellbeing and reduced stress are real but hard to measure with a scientific study.

Scientists note that high-quality research into its effectiveness is lacking. No study has yet shown that it is any more effective than a placebo, they say.

A literature review published in 2008 concluded that there was not enough evidence to support Reiki as an effective treatment for any condition, and that its value remained unproven.

In 2015, a review of studies on Reiki and the treatment of anxiety and depression was published by Cochrane. The investigators concluded that there was "insufficient evidence to say whether or not Reiki is useful for people over 16 years of age with anxiety or depression or both." Of the few studies that had been done, most were of a low quality, with small sample sizes, no peer review, or no control group.

Meanwhile, research published in BMC Nephrology has suggested that allowing dialysis patients, for example, to benefit from the "healing touch" may be worthwhile, especially if it offered for free by volunteers. Pain reduction may be only slight, but it is non-traumatic, does no harm, and allows patients to feel they are "doing something" themselves to ease their pain.

More recently, Annie Harrington told MNT that the U.K. Reiki Federation currently has a "large document cataloging many research trials." Maybe these findings, which are being studied by the Federation and the U.K.'s Complementary and Natural Healthcare Council (CNHC), will help bring Reiki further into the mainstream.

Regulatory issues: Time for a change?

Regulatory authorities sometimes ask Reiki websites to change their information to conform with legal standards. Sites selling Reiki products may carry a legal disclaimer, stating that the products are not a medical device, and not intended for use in diagnosing, healing, or preventing disease.

In the U.K., the Advertising Standards Agency (ASA) has rejected claims that Reiki can heal a range of diseases on a number of occasions.

Judy Kosovich, in a study published by Physics Procedia, calls for a "fresh look" at the regulation of energy medicine. While accepting that regulatory bodies exist to protect the public, she argues that there is still much about how the body works that is not understood or described by science.

The U.S. National Center for Complementary and Integrative Health (NCCIH) state that Reiki "has not been clearly shown to be useful for any health-related purpose." However, they add that it does not appear to have any harmful effects.

The main concern appears to be that people with serious health issues may opt for Reiki and other complementary therapies instead of rigorously tested modern medicine. However, using it alongside other treatments is unlikely to be hazardous.

Indeed, touch alone, whether with or without "universal energy," appears to have a range of benefits, from building trust to enhancing overall wellbeing.

Kosovich points out that expensive conventional treatments that are currently available often have serious adverse effects, and may or may not work. Many people, therefore, would like the freedom to choose an alternative.

Where can I get Reiki?

Reiki is growing in popularity. It appears to induce feelings of wellbeing and appears to entail little risk of harm.

As a result, Reiki is now available in some major hospitals. Some medical providers, such as hospices, may offer it free of charge, delivered by volunteers, as part of palliative care.

A private Reiki session can cost from $30 to $100, and it is not usually covered by insurance.

Anyone who is seeking a qualified, professional Reiki practitioner should seek carefully, since there are few regulations governing this field. It can help to ask a practitioner about their training and experience.

Reiki is not an alternative treatment for medical issues but an adjunctive therapy that can help support healing and increase a feeling of well being.

It is always best to discuss any alternative therapies first with a medical doctor.

How to Find Happiness In a Smile!

We’ve all read the blogs meme’s etc they say smile it will make you happy. For years I couldn’t quite figure this one out. Yes I did find some joy when I smiled and it helped get me through minor un